Eduardo Contreras thought he would finally see some financial security this year. For a time, her family had struggled with an income of around $50,000. Then Contreras got a new job as a cook in a winery, with better pay and more hours. In 2019, he and his wife, a hotel cleaner, expect to raise $80,000. With an increase in family income of more than 50%, they looked forward to some relief from the pressure.

But then the 46-year-old Orange County resident took a look at his new monthly health insurance premium: $1,045, an increase of nearly $700. This is partly because his wife, who was not covered before, has been sick and needs insurance. They were able to appeal to Covered California, the state insurance exchange for those without employer-sponsored coverage, to reduce the premium to around $951 after a subsidy. So far, they have paid the monthly bill, but Contreras fears it will become unaffordable for his family.

Their two sons, ages 22 and 17, are covered separately by Medi-Cal’s Medicaid program in California.

Between rent, car payments, his eldest son’s tuition and other expenses, Contreras said he had no idea how he would pay the premiums each month. Neither he nor his wife benefits from an employer-sponsored health care plan. As legal residents, they have the right to purchase insurance through Covered California, but it doesn’t do them much good if they can’t keep paying the premium.

“I feel like I’m caught in a vicious cycle,” he said. “All your life you work hard to make more money. But when you make more money, it becomes a problem.”

There are 22 bills before the Legislative Assembly this year that aim to make health care more affordable and accessible. It seems almost certain that some of them will pass. But even though all the bills point in the same direction, there are competing visions of what a 2019 health care expansion should look like.

In January, Governor Gavin Newsom unveiled his proposals, which are now incorporated into various pieces of legislation. They include the imposition of an individual mandate that would penalize people for not having insurance; this would replace the federal mandate that was repealed when Congress passed tax reform.

As proposed, the money generated from the penalty would be used to make insurance premiums more affordable for middle-income people like the Contreras family. Newsom also wants to extend Medi-Cal coverage to immigrant adults under age 26 with very low incomes, but who are undocumented and therefore not eligible for health insurance under the Affordable Care Act.

Meanwhile, some lawmakers have introduced bills with much more sweeping extensions. A major proposal contained in two bills this year would expand Medi-Cal eligibility to all undocumented adults whose income is low enough to qualify.

Noe Paramo, a legislative attorney with the California Rural Legal Assistance Foundation and member of the Care4All California coalition, said making all Californians eligible for Medi-Cal, regardless of immigration status, would keep the state healthier. long-term. It would be a sea change for his customers, he said, especially farm workers.

“Every day they go to work without health care, and any injury that happens to them, or just illness, suffers the consequences,” he said. “We can do better as Californians. We have to support that.

The single-payer concept — a government health plan for all Californians — isn’t on the table, though Newsom has repeatedly said he wants to move the state in that direction.

But everything has a price. And while Newsom is eager to improve health programs, Treasury Department spokesman HD Palmer points out that the state has always had to scale back its ambitious health care programs when funding evaporated, like during the recession of 2008 or the dot-com bust of 2000.

“The governor is aware that we don’t want to get into a sort of yo-yo pattern between expanding programs and needing to cut them back, which is why he’s been very careful in terms of expanding care programs. health the way he did,” Palmer said.

Not everyone is a fan of the state’s ambition to expand coverage. Sally Pipes, president of the conservative Pacific Research Institute in California, criticized the legislative effort.

“To me, it’s very, very worrying,” she said. “These measures are, in my mind, stepping stones to government ownership of health care.”

Debate on the bills should focus on priorities – extending coverage to as many undocumented adults as possible or making the plans more affordable for the middle class, said Assemblyman Jim Wood, D -Santa Rosa, who chairs the Assembly Health Committee. Newsom’s vision has part of both, but is more about helping the middle class, a vision embodied in a bill carried by Wood.

“In an ideal world, we shouldn’t have to choose because both groups are struggling,” he said. “Ultimately it will depend on the will of the Legislative Assembly and the resources available.”

Wood’s legislation, Assembly Bill 174, would establish a tax credit starting in 2020 for people earning between 400 and 600 percent of the federal poverty level who buy insurance on California’s covered exchange. of State. Senate Bill 65, introduced by Sen. Richard Pan, D-Sacramento, also works to make plans in the market cheaper by limiting the amount consumers must contribute to their premiums and subsidizing co-payments. shares and deductibles between 200 and 400 percent of the poverty level.

For a family of two, 400% of the federal poverty level equates to a household income of $65,840, or $100,400 for a family of four. This means that if a family of two earns more than $65,840, they will not be eligible for subsidies when purchasing a plan through Covered California.

With an income for two of $80,000, the Contreras would not qualify for subsidies under the proposed legislation, but they could get a significant tax break to help pay their insurance bills.

If proposals to help all undocumented adults prevailed, but not those that would help the middle class, the family would be stuck with their new higher premiums.

But Teresa Nava’s life in Orange County was about to change for the better.

Nava, 51, who has lived in the country illegally since 1995, depends on low-cost clinics for most medical needs. She also has an emergency Medi-Cal, which is limited to sudden or unexpected serious medical conditions that require immediate attention.

“For so many years, I’ve been going from clinic to clinic to take care of my health,” Nava said. “If I could get Medi-Cal, it would be such a big relief for me.”

Nava, a cleaning lady, arrived from Mexico in 1995. Her four children are now 28, 20, 19 and 14 years old. They have health insurance through Medi-Cal or their employers.

Daniel Zingale, the governor’s chief strategist, said giving Nava his wish for full Medi-Cal coverage would be an expensive proposition.

“Covering all undocumented and uninsured people costs about $3 billion (per year),” he said. Given the need for fiscal prudence, he said, the governor’s proposals are steps toward that goal. 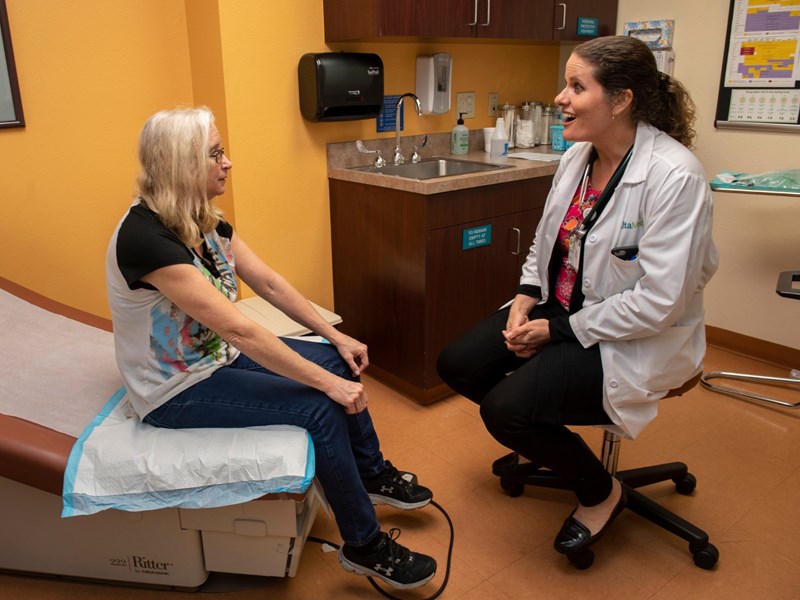 California has about 3 million uninsured residents, a figure that includes those with emergency Medi-Cal for limited uses, according to 2017 U.S. Census figures and statistics provided by the UC Berkeley Labor Center. That number is down dramatically from the 17% who were uninsured in 2013. Much of that drop has been attributed to Medi-Cal’s expansion under the Affordable Care Act. About 13 million people are covered by the very low income program.

There are several ways the state can pay to expand coverage, said Scott Graves, director of research for the nonpartisan California Budget and Policy Center. Policymakers could use general fund revenues without tax increases, just as they did when they extended Medi-Cal to undocumented children in 2016.

Or they could go to sources of revenue that typically increase over time, such as a personal income tax, sales tax, or corporation tax. Revenue sources that decline over time, such as tobacco taxes, are less effective at funding ongoing costs, he said.

According to the Office of the Legislative Analyst, the general fund can absorb about $3 billion in ongoing new spending before deficits arise. The budget the governor proposed in January includes $2.7 billion in this category.

Both Zingale and Wood believe that while the forces appear to be aligned this year for meaningful health care legislation to pass, it will have to be done in small steps.

Wood isn’t optimistic about single-payer health care in the near future.

“Until we have a federal government willing to work with us, single-payer health care is impossible to achieve,” Wood said.

This project is the result of an innovative reporting venture – the USC Center for Health Journalism News Collaborative – that involves print and broadcast media across California, all reporting together on the state’s uninsured.

This project is the result of an innovative reporting venture – the USC Center for Health Journalism News Collaborative – that involves print and broadcast media across California, all reporting together on the state’s uninsured.

We want to know your story – please complete this short survey if you would like to speak to a journalistor call 510-833-7346.