How Fresno’s Homicide Rate Compares to Other Cities in California

They are just three of 22 people killed in the city of Fresno since the start of 2021.

“What people need to understand is that all of these different effects, which a lot of people called the perfect storm in 2020, continued,” Fresno Police Chief Paco Balderrama said.

Balderrama says the violence is a continuation of the pandemic and civil unrest from last year.

But it’s a remarkable statistic compared to homicides per capita in California’s other largest cities this year — Fresno’s homicide rate per 100,000 population is among the highest. That’s more than 4 times that of Los Angeles, San Diego, San Jose, or San Francisco, and higher than the next four largest California cities, excluding Oakland. 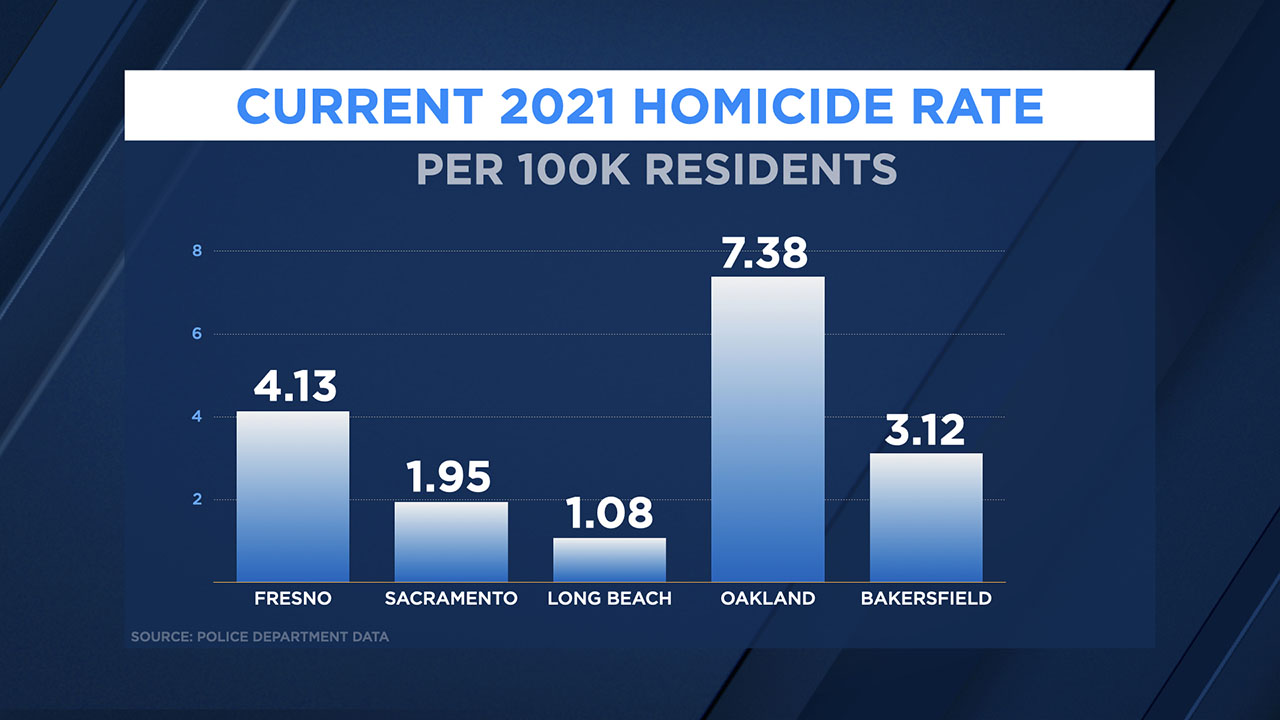 RELATED: ‘He Didn’t Deserve To Die Like This’: Murdered Street Vendor’s Family Speak Out

“We have to bring this city back to what it was in the past,” Balderrama said. “You know, just a few years ago we only had 39. That’s about average, 40 homicides a year, and we had 74 last year. So we can’t bear it.”

We looked at the total number of homicides over the past 5 years and calculated the three-month average for a closer comparison to this year, which is again 4.12 so far. 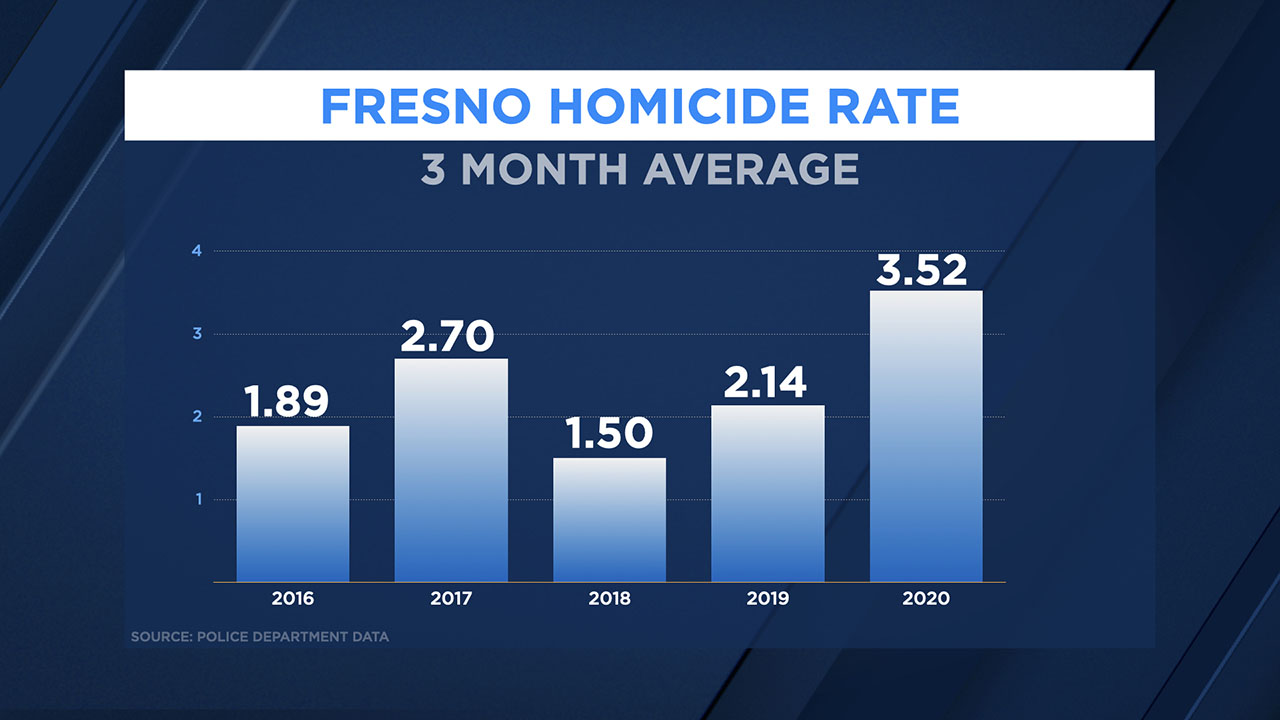 After a career spanning more than 40 years with the Fresno Police Department, Jerry Dyer left his post as chief to lead the city as mayor in 2019. He says violence has increased since then.

“I can tell you that when I left as chief of police of this city, we averaged about seven shootings a week,” he said. “These numbers have more than doubled and in some cases tripled.”

He says part of the approach to tackling violence will have to be more boots on the ground.

After taking over as chief in January, Balderrama was quick to recognize this problem. Of the department’s 838 people, more than 100 have been sidelined due to injury or illness, both on and off the job.

That leaves about 300 officers on the street a day. Balderrama wants to increase this number to 400.

“Right now the focus has to be on violent crime, so I’m going to have to do some restructuring and that’s going to mean temporarily moving some units to the streets,” he said.

He says moving around the department to prioritize violent crime will put 50 more officers on patrol. The department is also looking to double its multi-agency gang unit team from 7 to 14.

“There are a lot of frustrated people in the community right now who want to help us and give us the information so we can go out and find the people who are committing the most heinous crimes,” Balderrama said. “So we’re going to keep doing it because it works.”

The department’s goal is to have 400 officers on the streets of Fresno within the next few years. The chief says that while he has a commitment from city leaders to secure finances, the contentious sentiment towards law enforcement at the moment has not made recruiting any easier.

Chief Balderrama has no explanation for the murders of homeless people and street vendors Fresno has seen recently, but he does have a message for those who kill the innocent and vulnerable.

California cities are getting ahead of their own plastic bans